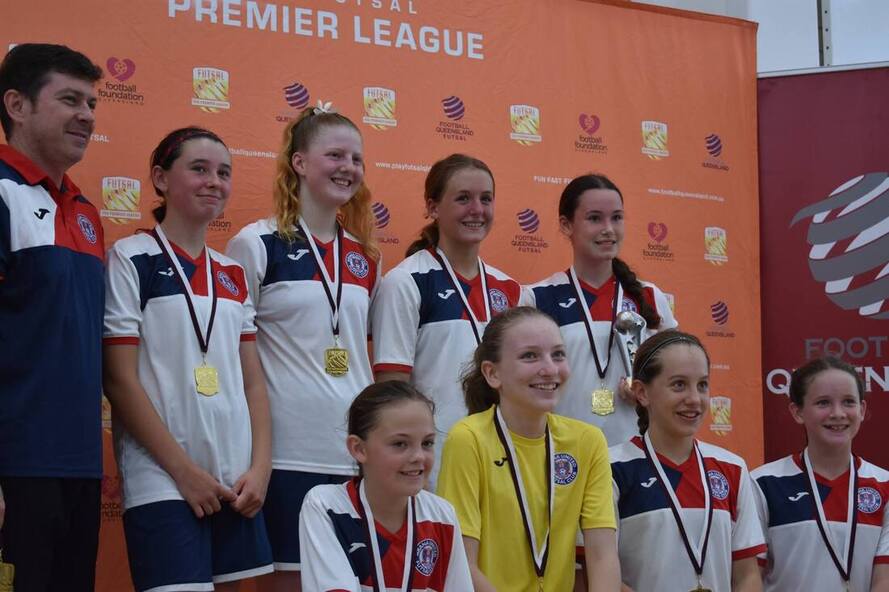 Well today marked the official close of the 2018 SEQ Futsal Premier League.  It has been a grueling campaign which started in August following selection trials and commencement of the training schedule, followed by the home and away competition format.  I'd like to start by thanking you all for your hard work and commitment throughout this campaign.  Despite the challenges we, as a club, have exceeded our goals for this season.  2018 was our best season yet!

In the two previous seasons we finished third on the club championship table.  We were the 'best of the rest' with Sunshine Coast and Galaxy setting the benchmark.  However there was still a huge gap between those two clubs and the rest of the clubs so my personal goal for the club this season was to bridge that gap.  Well I'm pleased to report that I received confirmation today that we finished second on the club championship table behind Sunshine Coast.  That represents a significant club improvement.

I put our success down to the following key areas:

We saw excellent performances by all teams however below are the highlights:

Individual Awards:
there were many lessons learned which we will take into the 2019 season but for now there is much to celebrate as we all take a well deserved break over the Christmas / New Year period.  I know that Football Queensland are looking to expand the competition next year with the inclusion of more clubs / teams so I really hope you can join us next year for an even bigger and better SEQ Futsal Premier League.


So until then I wish you all a very merry Christmas and a happy new year.  Thank you all once again for your contribution to our club for the 2018 SEQFPL. Please check out all the pics and videos via our club Facebook page: https://www.facebook.com/aranaunitedfutsal/?ref=settings (please LIKE).